How not to raise a Trump 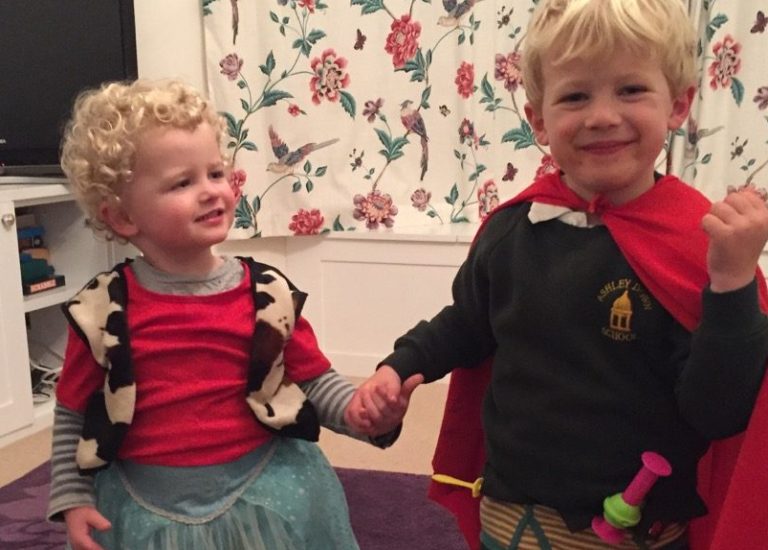 The surprise that was Brexit has been eclipsed by the news that Donald Trump has been elected as the next American President. Social media has gone in to meltdown. Understandably. And as we all try to make sense of it, we thought that it would be a good chance to talk about how NOT to raise the next Donald Trump.

As a parent how can we raise our children to not just be happy and healthy, but to have an equal and balanced view of men & women in the world? We could include way more in this, of course, but we’re going to focus today on discussing gender balance through play.

Most preschoolers, especially those who are either the eldest or only-children, will happily play with whatever toys are thrown their way. We noticed in our household that the type of games our eldest wanted to play with changed dramatically halfway through the first term of reception. He’d start saying things like “the girls play with dolls, us boys play with guns!”. And so on. It was extremely depressing, to be honest.

Suddenly, the dolls at home started to be ignored and more recently, cries that Frozen “is for girls” have started. That’s usually before they snuggle down for an hour or so to watch the DVD! But where is this all coming from? Is there some secret Donald Trump-esque old boot, pouring poison into our children’s ears. Or is it just a culmination of numerous, often subtle, cues that the children see & hear day-in day-out?

The sad reality is that gender stereotyping exists everywhere in society. There’s a definite shift away from the pink & blue brigade happening, which is encouraging. However, parents and carers DO play a role in helping to un-do some of the subtleties that children will always pick up on.

There are some practical things, best explored through play & imagination, that can help balance things a little. Here are some that we are trying to do:

Fancy dress – resist the urge to reinforce the stereotype by only buying gender specific outfits. With two boys in the house, there IS a bias towards superheroes and knights. However, there’s nothing to say that girls do not dress up in these outfits. And it’s also very healthy for boys to have some princess dresses and hair accessories to play with too. All of which we do have in our bulging fancy-dress box!

The roles of the characters –  our five year old son believes that his mummy was (is) a Power Ranger. I showed him my moves and explained that it’s how I met his father – whilst out one night opening a can of whoop-ass on the baddies. In fact, he came home the other day saying that a girl in Year 3 had said he was lying “but I know that it’s true, so that’s OK”. And when your children do slip in to the ‘obvious’ roles, gently question why they think one person should play that one and challenge them to think differently.

Writing stories – we all know that books are often the worst culprit. Heck, even Olly’s Bristol Giants Book (which in fairness to him was written donkey’s years ago and so he had to follow that script) has the a-typical damsel-in-distress storyline. This was changed in book two, I will add! However, why not encourage your own children to write their own books that have equal heroes & heroines and tells a more balanced story of gender equality? There are some awesome blank books that you can buy as a stocking filler, or just fold up some paper and get cracking.

Here at The Adventure Team, we are always reviewing our scripts to try and keep them balanced to make sure we’re not propagating any stereotypes. There are subtle ways that we can all make sure that the next generation of children grow up knowing that men & women play equal parts in making this world wonderful.