An Introduction to the Adventure Team 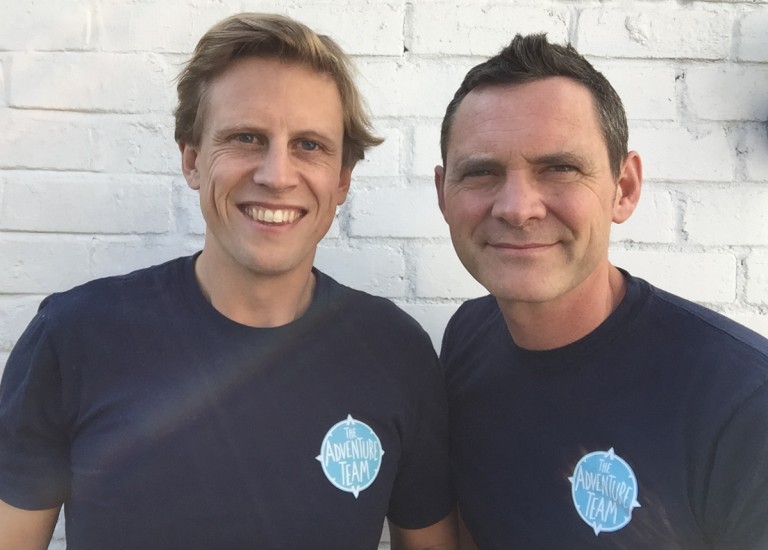 Woohoo! The Adventure Team is a real live breathing thing!

The Adventure Team are very serious about having FUN!

Adventure Team Parties is the culmination of our two founders love for stories, comedy, adventure, games and seeing children and their parents have a great time.

When Johnny and Olly met, they soon realised that they both shared the same passion – to inspire kids to explore their imagination and to use this to build confidence and, of course, have lots of fun in the process.

So they set up The Adventure Team!

Olly & Johnny try to create adventure in everything they do! Whether it is a fairy hunt in the woods or turning a boiled egg into a space rocket, their philosophy is that fun can be found in everything!

Now they are turning this love for adventure into the best children’s parties…EVER!

Johnny was the lead singer in a rock band.

He gave it all up after the birth of his first child to become a stay-at-home Dad. He started using role-play to entertain his kids at home and quickly realised just how much children love using their imagination.

With his love of music, acting and comedy, Johnny decided to set up a class providing fun-packed, drama, singing and role-play for toddlers and pre-school children. He has entertained well over 3,000 children and is now more famous than he ever was as a rockstar (well, with 4 year olds that is). He loves what he does and gets a massive buzz from seeing the excitement on children’s faces. http://www.mrbennsamazingadventures.com

When Olly left university he wanted to do something that was fun, fulfilling and entrepreneurial. Somehow he failed completely and after qualifying as a chartered accountant, he became a finance director!

In 2014, inspired by his own children, he finally bit the bullet and did something that he loved. He wrote a children’s story. The story went on to be a local bestseller and he now has 3 books published with more in the pipeline.

Performing his stories to over 5,000 children made him realise the power of imagination and the impact it can have on a child’s development.  He cannot wait for the next adventure.